Today we spoke with one of our good friends, Boyd Basuti, who is an entrepreneur, drama director and leader of a youth artistic group in Phikwe, Botswana.
He and another friend from Phikwe were telling us about the safety situation in Botswana. 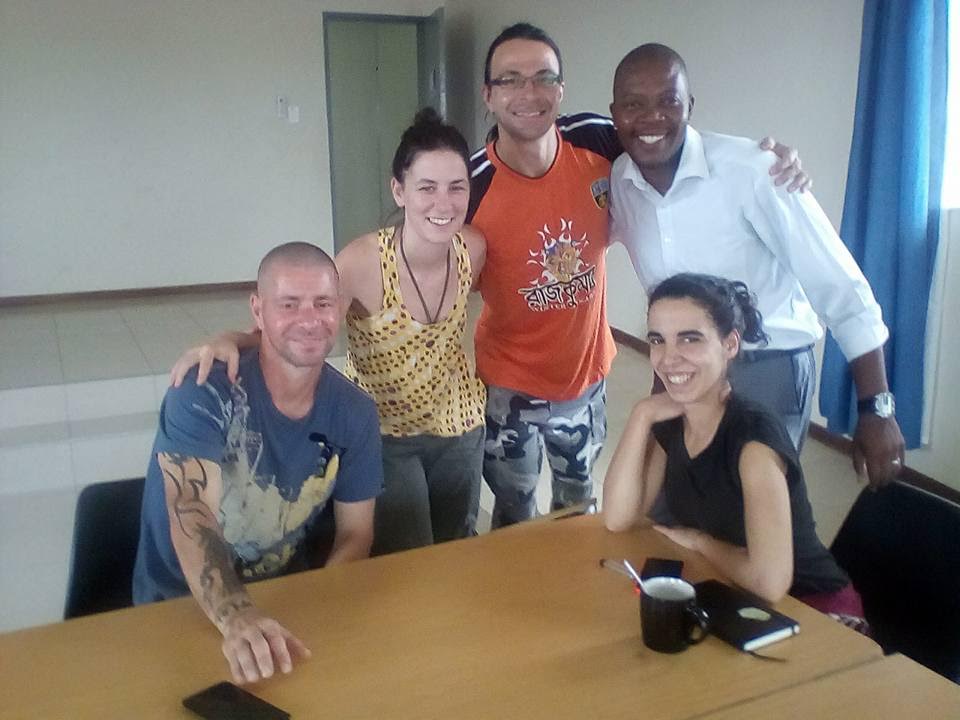 Botswana is one of the safest countries in southern Africa. The firearms are mainly allowed only for the military; even the police uses guns very rarely. And even though there is no armed police, the crime rates are really low.
Boyd explains that it's because of the culture of the people – when they hear shots, the first reaction of everybody is to gather and to find out what is going on, not to run away from the shooting. The same goes about unattended bags – the people will try to find the owner, not to immediately call pyrotechnics, as it is common in Europe.
People in Botswana are not terrified by any bomb or terrorist attack.

Quite recently, in 1999, there was a conflict between Namibia and Botswana, about who owns the Sedudu island on the Chobe River.
The situation was tense, an armed conflict was about to start.
Then the government of Botswana applied to Namibia to go to the court instead of fighting.
Botswana then was proved as the owner of the island – peacefully.

According to the words of our friend, Botswana sometimes acts as a "peacemaker" in conflicts of the neighbouring countries.

Our observations proved the situation in Botswana to be as safe as our friends say.
Everybody on the streets were asking if we would need any help, the security guys always warned us if an area wasn't too safe in the night.
We didn't encounter any racial or religious tension. – On the contrary, although the most of the Botswana's people are passionate Christians, even the shops in small towns have notices if the food is or isn't halal (and so can be used by Muslims, who are about 1% in Botswana).
So far away from the criticism and xenophobia of Europe!

In the case of personal safety and security Botswana is much more well-developed than many of Western countries.

People here live by the phrase, coined by one of the Botswana's presidents:

"The word of your mouth is your most powerful weapon. Use it."

Article by Pavel Kostelei, 24-months team Fighting with the poor.

Christmas and New Year in Children's Town in Mozam...
From Helena in Zamfam project, Zambia