Namibia – a Country of contrasts 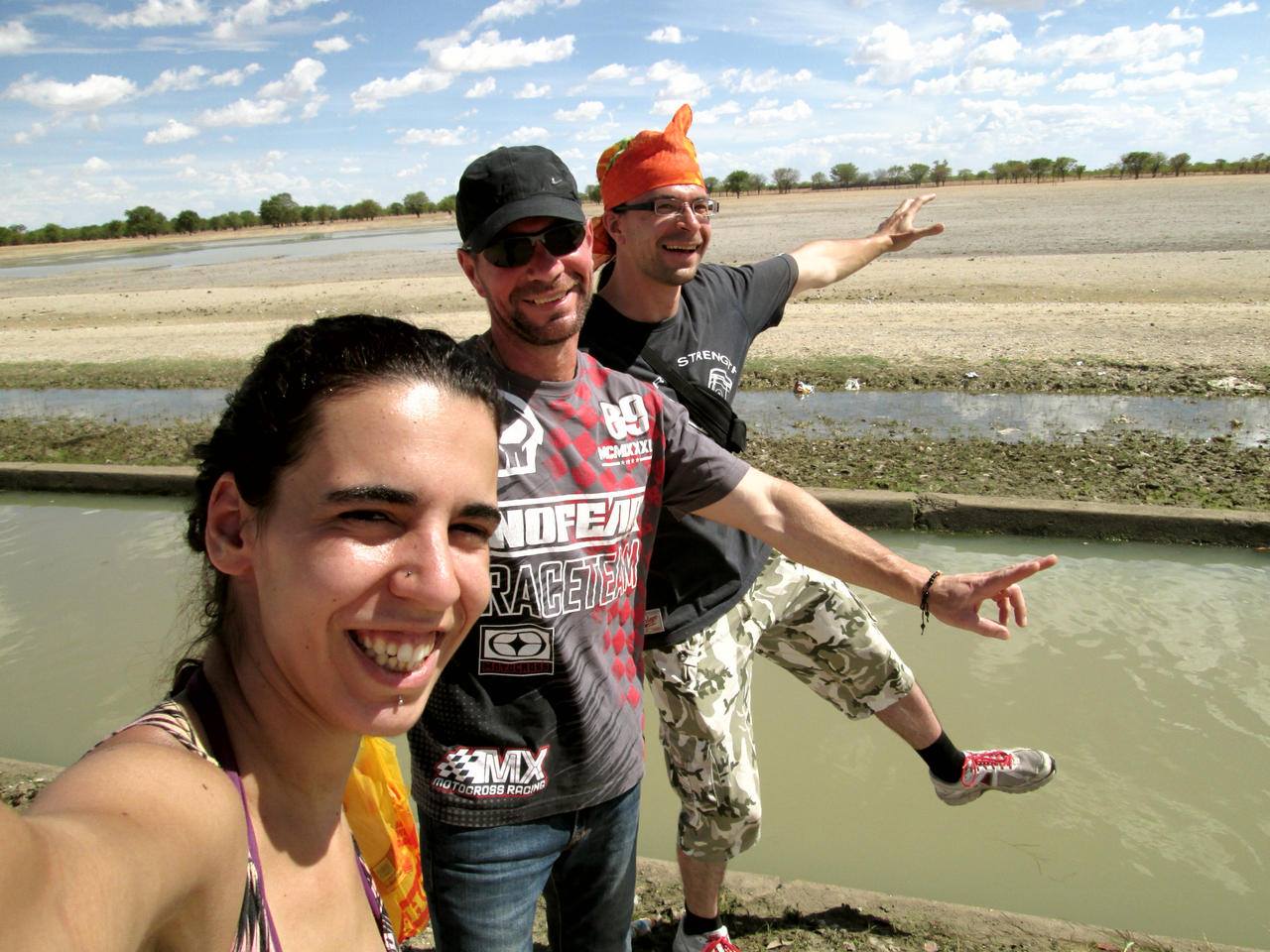 It took us 49 hours to arrive to DAPP school in Outapi from Johannesburg. Now, 8 days later, we depart from Oshakati, in a 2 days travel to Botswana.
It was not a long time but it was enough to have strong impressions and some conclusions for our “Woman and Children conditions and status” investigation.
Here in the North we could see a bit of the Namibian reality. We saw the colors of the country, the smiles, the open arms and also the poverty, the sad side of all, the darkness.
It is a quite desert area, here in the North but there’s plenty of donkeys, cows and goats on every corner! There are plenty of dogs and cats too. Many mosquitos and funny bugs are part of the normal life.

The gap between rich and poor is extraordinary! The biggest I’ve ever seen!

Rich Namibian have a better house I ever had, lots of money, live in a fancy way, shop in a crazy way…

Middle class almost does not exist and the lowest class is really low! Really poor!

The Poorest people live in “metal” houses (made of metal sheets) where it’s so hot I cannot describe how they can live there. No windows most of the time and it’s a small little place for all the family!. A normal family has between 7 to 10 kids and usually they have 2 meals per day. Very few kids go to school. School fees are paid for all grades! This means it is impossible for a family with 10 kids to put them in school and if they have to decide if it’s a boy or a girl going to school will be the boy going. Women start to have kids around 17 years old, getting married when they’re 23 and usually marriage is arranged (lower class).
Most of woman drink during the day, in places called “Location”, come back before dinner and make food for their husband, who was working during the day. The man after that will go to “Location” and drink! Woman can have small businesses, selling necklaces or bracelets for example. They start to be part of Woman’s Clubs and Assossiations. But who still makes the decisions is the men (this is in poor areas, in the lower classes… The higher class and cities already have woman in government and is more developed – woman get married for love for example and not by some arrangement by the family as in the poorest class).

The people are lucky if they have electricity! Or a latrine for the family because usually it is shared with more people from the houses around.
Water is the biggest problem! Water is quite precious here in the North of Namibia and most of the time, not to say always, is not drinkable! It is quite brown and tastes funny. That means nothing to locals. We Europeans boil the water or make it go through different processes to purify it as much as possible, or simple buy big bottles of it. Locals - drink it as it is or, if they can afford, buy coke (same price as water)! There are many deseases due to this lack of water, lack of hygiene and the many many mosquitos! In the North, from Oshakati up (Omusati region) it really barely rains and it is super desert areas! Access to water really seems impossible sometimes, no river exists. The only resource of water is the Channel who comes from a river in Angola and goes until Oshakati. It is around 150 miles of channel and it is the only source of water for hundreds of small villages and towns! It might look impossible, but it is true! If by any disagreement Angola decides to cut the Water from their River to this channel I guess many would die and villages disappear. The repercussions would be immeasurable!

This reality does not pass on TV, it’s not shown on newspapers or talked about! It is a very harsh reality and to see it looks surreal. You feel quite powerless and useless…. It hurts and it makes you feel lucky when you open a tap and have running water!
You just do what you can! The little you can with the few you have. You share your knowledge, about anything and everything, little things can make a difference. You give your smile and you make the kids laugh. You really need to stimulate their creativity, only then things will improve! 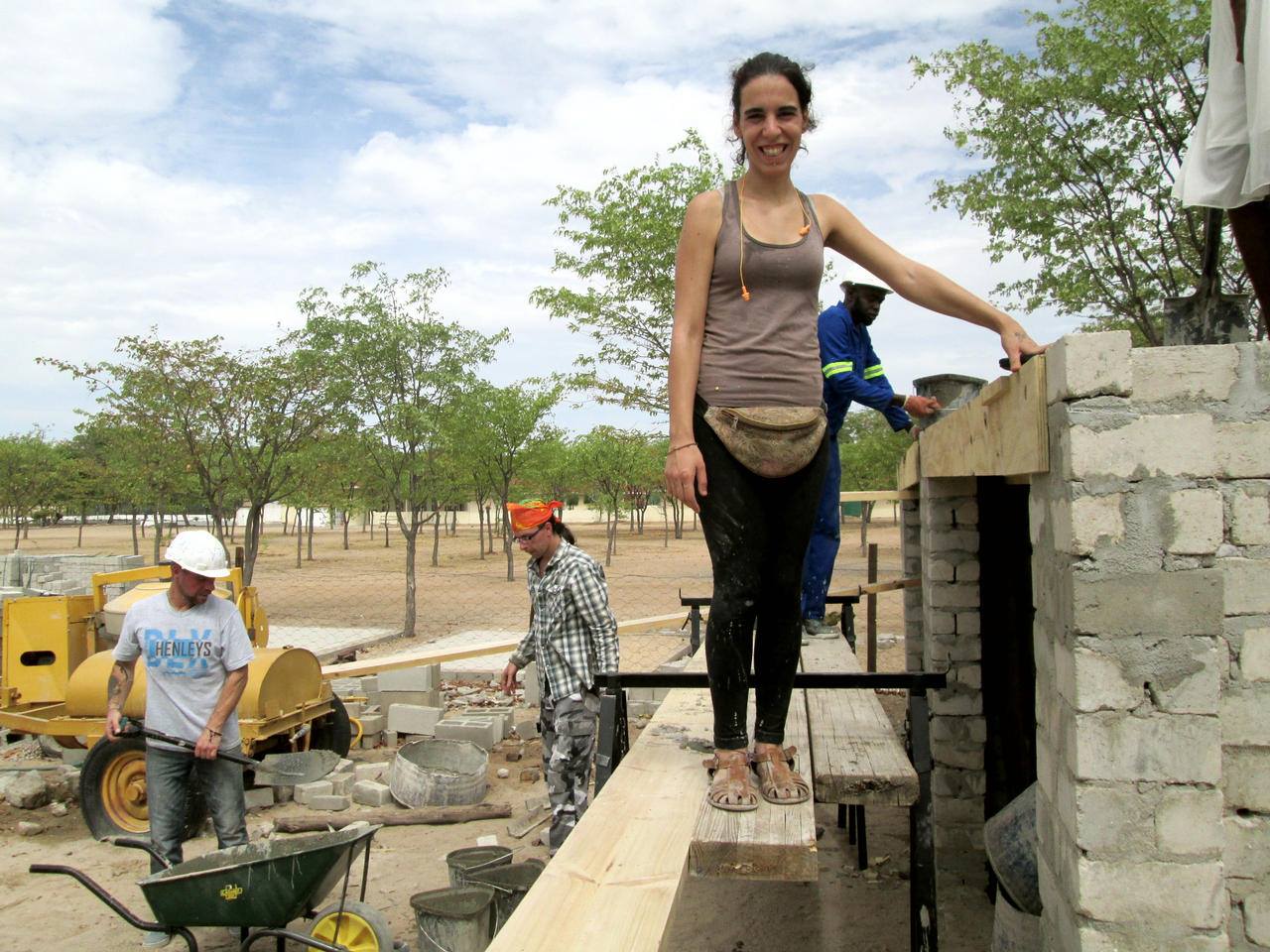 We visited several HPP project, spoke with locals, and project leaders… the results are quite amazing when you understand the surrounding reality!!!
The DAPP Kindergarten graduation was very touching, Kindergarten kids who know how to speak in English and write quite well (very rare for so young kids, usually they learn English later being the local language their first language). The music was present of course, and religion too, some songs from the church were sung in the Kindergaten graduation.
The DAPP Vocational school works hard and productively, Building and learning practical skills in a different kind of school. We helped in a practical action of making the roof for a new classroom.
The POF school is in a very very veeeryyy high level! The 20 female students were actively studying until late hours of the evening for the exams that will start in the end of this week! Very recently and mostly thanks to a former CICD DI, who is now POF headmaster – Mila – POF was Credited, being in the same level of the Namibian National University. A Huge step! Many partnerships are happening and it has been developing quite fast in the last 8 months. Lots of hard work but the results are quite visible!
TCE project in Namibia is working in 9 regions of the country. TCE has tested and also counseling 58.200 people in 2015 for HIV. 343.250 people have been screened for TB between 2014 and 2016. There are no words for this numbers, it’s really good, many health officers, doctors and hospitals are involved in this.
The Farmers Club (which started 1 year and a half go) has 85% of their participants being woman – a very positive and unexpected result and success. The project is funded by EU.

These are some of the results of our projects, it is wonderful to see and it gives a lot of hope! Many people and in several areas are working to change the Namibia reality. It is quite hard to move from the lower class but different efforts are being made! If we think of Apartheid in Namibia and Independence was just 26 years ago things are moving in a good rhythm, traditions start to change in the bigger villages, cities are quite developed. Small steps mean a lot and they are being taken.
We leave with the knowledge of a different reality. We know things are not ok in the country, a lot has to be done but we know and have seen there are forces working for the development and a brighter future!! 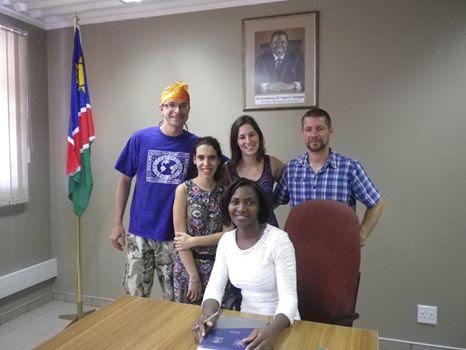 Back at CICD after 6 months in Namibia – from Adri...
How to change your Life in 2 simple years