Freedom next time, by John Pilger 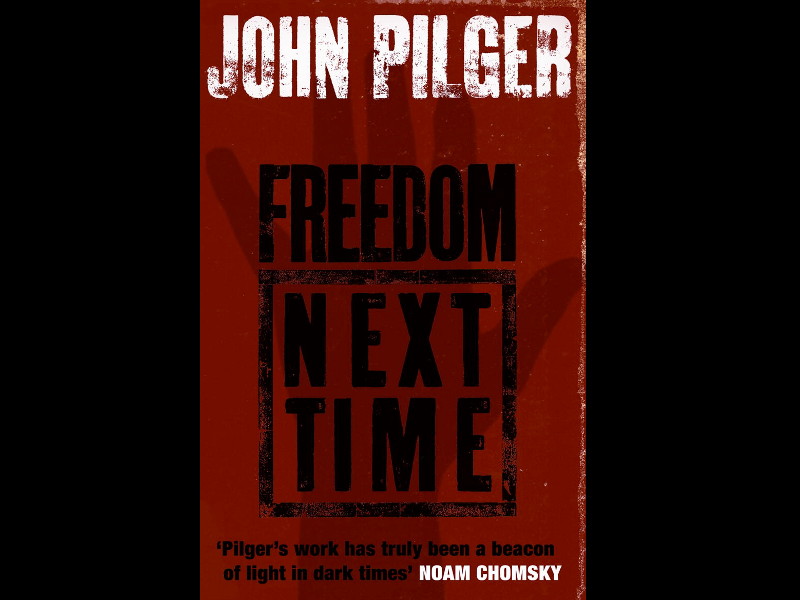 John Pilger is a very unusual journalist. He writes about people on the receiving end of grisly western policies - whether bombs or economic "advice" - and then exposes the motivations of those who are responsible. One might think Pilger is just doing his job. In fact, it is an indictment of western journalism that this way of working is rather unusual and Pilger unique. He opens by writing: "This book is about empire, its facades and the enduring struggle of people for their freedom. It offers an antidote to authorised versions of contemporary history that censor by omission and impose double standards." Chagossians, Palestinians, Afghans, South Africans and Indians are the voiceless given a voice.

Chagossians? The media, especially TV, has largely failed to report Britain's forced depopulation of the Chagos islands (including Diego Garcia, now a US military base), which must count as one of the great state propaganda triumphs in recent history. "What upsets you the most?" Pilger asks Olivier Bancoult, the Chagossians' leader in exile. "The lie that we didn't exist," he replies. Why, with 24-hour news coverage and hundreds of channels, have these people been invisible for so long?

A secret document drawn up by British planners in 1968 was called "maintaining the fiction", and argued (knowing it was untrue) that the islanders were not permanent inhabitants. The author, one Anthony Ivall Aust, then a legal adviser to the Foreign Office, was subsequently awarded a CMG in the Queen's birthday honours. The story is a good indication of mainstream British political culture - buried in the mainstream media, the perpetrators of crimes against foreign unpeople shower honours on themselves while the US is appeased.

Yet "maintaining the fiction" also nicely describes Whitehall's current stance in the Middle East, where the official story is that Britain is an "honest broker" between Israel and Palestine. The reality is that Britain has provided more than £70m in military equipment to Israel in the past five years, acts as Israel's chief defender in the EU by resisting calls to rescind preferential trade arrangements and virtually never even calls for an end to the occupation of Palestinian territory. Pilger writes that Britain, and France, gave Israel a "green light" to attack the West Bank in 2001, having been shown a secret plan for an all-out reoccupation. He also counters the "absurd claim" - widely reported - that Israel's former prime minister Ehud Barak previously offered to give up 90% of the West Bank.

Pilger's interviews with Palestinians are among the most moving in the book, such as with Liana Badr, the director of the Palestinian Cultural Centre, just after it has been hideously destroyed by Israeli soldiers. "We have been raped; and all the while, the perpetrators are crying that they are the victims, demanding the world's sorrow and perpetual silence about us while their powerful army demolishes our culture, our lives," she says.

What about the "authorised version" of reality in South Africa since the end of apartheid? Pilger notes that while average household income has risen by 15%, average black household income has fallen by 19%. The World Bank in effect imposed a traditional "structural adjustment programme" after apartheid, but with the complicity of the African National Congress (ANC) government. Although the ANC certainly has its achievements, it has failed to reclaim sufficient land for the dispossessed and presides over a growing gap between rich and poor.

"The unspoken deal," Pilger writes, "was that whites would retain economic control in exchange for black majority rule." Thus secret meetings were held in Britain before 1994 between the current president, Thabo Mbeki, members of the Afrikaner elite and companies with big commercial stakes in the country. Mandela told Pilger: "We do not want to challenge big business that can take fright and take away their money . . . You can call it Thatcherite but, for this country, privatisation is the fundamental policy."

Pilger is virtually alone in daring to expose the "ambiguity of Mandela" himself. Though recognising Mandela's role in alerting the world to the dangers of the Bush administration, Pilger writes that "as the first liberation president, he ordered a ridiculous and bloody invasion of tiny Lesotho. He allowed South African armaments to be sold to Algeria, Colombia and Peru, which have notorious human rights records. He invited the Indonesian mass murderer General Suharto to South Africa and gave him the country's highest award . . . He recognised the brutal Burmese junta as a legitimate government."

In some of Pilger's other interviews, such as those with Bush administration officials John Bolton and Douglas Feith, the absurdity of modern imperialism stands out. Bolton was described by Senator Jesse Helms as "the kind of man with whom I would want to stand at Armageddon"; Feith, meanwhile, after his fall from the Pentagon, was described by General Tommy Franks, the US commander in Iraq, as "the fucking stupidest guy on the face of the earth".

Pilger sees the low turnout in the 2005 election - when only a fifth of the adult population voted for Blair - as showing not apathy but "an undeclared strike that reflects a rising awareness, consciousness even, offering more than hope".

Freedom Next Time allows us to hear the personal testimonies of those challenging power. The array of interviews with the voiceless and abused provides an indispensable corrective to the litany of disinformation we are fed by the media, and for this achievement Pilger is surely the most outstanding journalist in the world today.

The Chock Doctrine, by Naomi Klein
Confessions of an Economic Hit Man by John Perkins