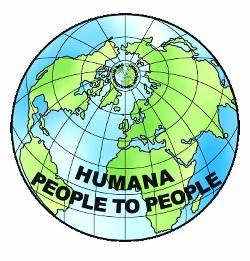 The charter of Humana People to People

We quote from the website of Humana People to People:
“Through the 80-r and 90-s Humana People to People grew in size and scope with more countries, more development projects, more activities within the projects and many more people involved. The Charter was written to sum up the status of the organization and to preview, anticipate and herald an even more vivid, active and magnificent future.

Because of its immense quality and true collective origin, the Charter is in use all the time and present all the time in the work of the Federation.”

You can read the Humana People to People Charter in full here:
http://www.humana.org/About/the-charter   – also in Danish, Dutch, German, Spanish, French, Portuguese and Swedish.

Some extracts from the Charter

1. From the tale about the very beginning of Humana People to People

THE ORGANIZATION THAT FELL UPWARDS WITHOUT A DOWNFALL

A nonprofessional association as an association of nonprofessionals embracing all hearts by exposing its own soul.
Never ever put through exercise by its eternal chairman, but driven onward and upwards by the many activists’ constant and consequent and immense effort, conforming to the tunes from the frontiers of development aid via the state departments in the capitals to the front pages of the international press, the association produced an offspring.

Another association! And upwards it went. Another offspring, another association.
And one more.
Numbers mounting, events mounting, countries rising in numbers and all that
mounting amounted to a mountain where the ever thinner air made, more often than not, this or that amateur lose his breath and experience that slip of contact with this globe, about which it is said, that there is no end to the continuation of the beginning. Forward equals upwards.
The next stage witnesses the associations produce a new kind of offspring.
This time an organization, consisting of a group of associations.

Taking steep steps one at a time, it fell upwards without falling down, protected as it was from its moment of birth by the Leathernecks of the cause in full war paint.
“Overcome” the slogan of the day. If not now, only a little later.
Anyway. “Overcome” the slogan, “any day” the day.
The association fell upwards, multiplied without downfall, and never have so many non-professionals done so many amateurish deeds, with so many results to count without a downfall.
....... 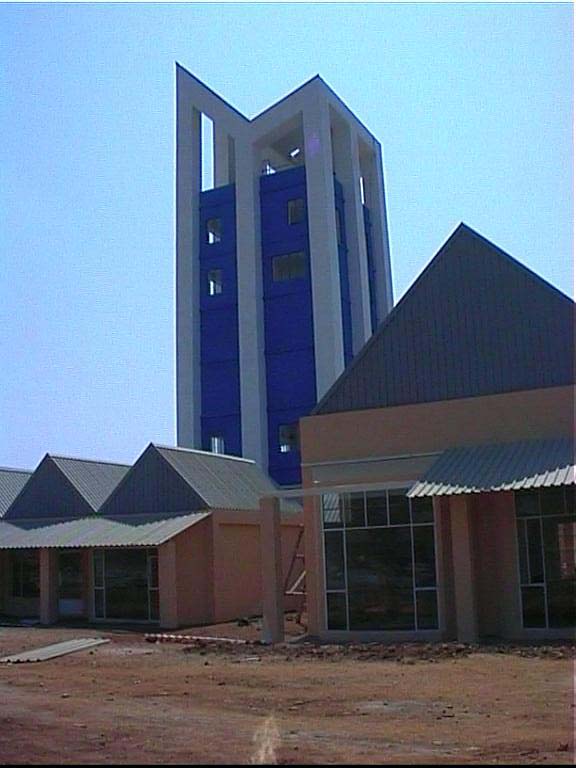 2. About the general influence HUMANA People to People is seeking from its actions:

WE, who are not secret drinkers in cradles of comfort while watching the world turn itself into a ball of fire, unite in hearts and in words and in deeds with all mankind.

WE, who hereby salute today and salute tomorrow with a courageous clarion call from the yellow trumpet of the future, hoist our banner high over the flags.

WE, united in this calling to all of you, expect to unite more than many.

On the platform of The Solidary Humanism in the line of fire. From man to mankind.

When destitution is master, we bring food and clothing and jobs to the poverty-stricken.

When disease spreads, we hospitalize and nurse and bring relief, we comfort and hold and heal.

When suffering walks about the landscapes, naked, free, we follow it. We deliberate, unite and we get even with it.

When oppression tortures the souls, we support liberation. Identify ourselves
with the struggle. We torment pain until victory.

When exploitation is a rage of pain to the bodies, we support liberation. We create new
locations with new jobs under new conditions.

When man proves himself the enemy of men, we do our bit to get rid of the tyrant. And
again and again.

When men prove themselves the enemy of man, we in anger give shelter. Explain. Gesticulate. Prevent recurrence.

When exclusion becomes the fate of your neighbour, we open up, we let in. Show him his
room. Join hands with him.

When locking up just happens as discretionary punishment, we appeal. To the highest courts. From there we go on without further notion.
When death squads strangle destiny, we open a school. Here youth can learn. So death at night shall die.

When exile is the only way out, we also become refugees. Then we prepare the way back from exile and join in when the time comes.

When the courage of the most courageous illuminates the river banks at night, our courage and deeds too light up as forceful strokes against the current.

When persecution is staged on government orders, we open a teacher training college.

When extirpation finds new methods and new races to kill off, we remain at our posts. Then we call ourselves by the names of the new races.

When water dies from the burning bacteria, we drill even deeper, we clean better, we
organize health groups.

When hunger acts as a loyal companion to the dying child, we cry. From the river of tears we water the new rice. We build places for children.

When plague passes into the blood, we consolidate the ground for the clinic to be built. Then we nurse and then we research.

When masses are turned into army against army, we keep the schools open for continuous
teaching and learning. Then we go into exile with the refugees. Then we sometimes also die from it.

When letting things slide becomes letting die, we remain even longer at our posts, not allowing things to collapse while we are heading for home.

When streets are left to snipers, we unite with the liberating forces of the people.

When mountains become homes for bandits, we organize the right conditions for our own profitable farming.

When the only sound of morning comes from the blood in the streets, we together with the children in the schools, those institutions of culture, laugh the laughter of the new era.

When air is too polluted to breathe, we breathe in spite thereof, showing the way by exploiting the natural forces of the wind and the sun to produce electricity.

When threats are presented, we consider our answers. Maybe we do not answer at all. But we did hear.

When the buffalo can no longer set his eyes on any other buffalo, we become native Americans in our hearts and ecologists in our practice.

When garbage pollutes and fills up and lies about, we establish a company to clean up even
the shattered metropolis.

When the news force you to wear earplugs, we collect more clothing. Then we raise
further funds. Then we increase the effect.

When being a child means never becoming a grown up, we stop the sources of dysentery. And we stand by the graves. And we die a little.

When being a grown up means never becoming old, we become part of the struggle against
the plague and the war. We create jobs. We take to actions.

When being old means the lonely longing for death, we organize the families. Then we activate the children and the young around the old people.

When life cannot be lived, hardly even survived, we place ourselves in the line of fire. With
our thoughts, our words, our deeds.

From the haves to the have-nots.
From the sound to the sick.
From the storekeeper to the empty stomachs.
From the liberated to the chained.
From you to all of them.

With this charter we sound the assembly.

The crisis of Humanism lay in its tendency to protracted deliberations which were so
narcissistic, that not even the beating of the most powerful wings of history made it rise to the occasions.
The struggles of liberation from colonialism.
Dictatorships in the West and in the East disintegrating.
The basic ideological battle between fascism, capitalism and communism finally fought to a decisive end, with a multitude of versions of parliamentary democracy, connected to the free
marketplace as every nation’s understanding of its economy.

Humanists deliberated while they saw it happen. Now it has happened. The world will for a long time have to develop within the framework of the parliamentary democracy with a free marketplace. This charter thus accepts these conditions as the framework within which the activities of HUMANA PEOPLE TO PEOPLE shall unfold.

Of course, fundamental calamities are still with us.
The unequal distribution of goods such as land, money, food and all other necessities is still deepening in spite of the fact that the total amount of wealth is increasing year by year.
The rapid growth of the world population worries politicians and economists. The last 25 years have produced a populace with more rich people, more middle class people and certainly more very poor people. More of them all.
Thus the policy of equal distribution is still a must for the committed humanist.
Hunger, millions of displaced people and regional wars, which have their foundations primarily in ethnic conflict, are the order of the day in many countries.

It has become crystal clear, that a series of connected activities under the collective name of DEVELOPMENT are essential for the relief of mankind.
DEVELOPMENT as a phrase will for years to come be in the center of every debate on “les conditions humaines”.
Also in this charter.
It is in the service of development, HUMANA PEOPLE TO PEOPLE will employ its forces of The Solidary Humanism.
Development.
* It is about fostering new generations with golden hearts and heads and hands, well-educated and with a personal ethic of such proportions, that humanized relationships of all sizes can serve as substitutes for all sorts of dehumanized phenomena.
* It is about improving democracy, advancing productions, building up trade relations, generating services and it is about scanning all brains to create new portions of know-how.
* It is about concentrating on the important task of transferring the results of efforts from places where development is well ahead to places where it is dawning or even absent.
* It is about establishing capable institutions for education and health.
* It is about improving human relationships on a contemporary basis and to modern standards. It is about the emancipation of every single human being on the level of personal happiness, and, at the same time, making each human responsible for the happiness of his neighbours through practical methods.

And as always in the question of development is it about promoting and preventing. Preventing the dehumanizing of society, of institutions and of you and me.
Promoting the humanization of mankind, the only art form that contains the seeds to the flowers of happiness for all.
From black-white to all colours at random.
From the struggle for liberation to the struggle for development.

HUMANA PEOPLE TO PEOPLE yearns for a humanizing influence on this development. The influence of The Solidary Humanism.

Article about Grameen Bank
Fighting With The Poor example from OWU