The Biggest Windmill by David Rovics 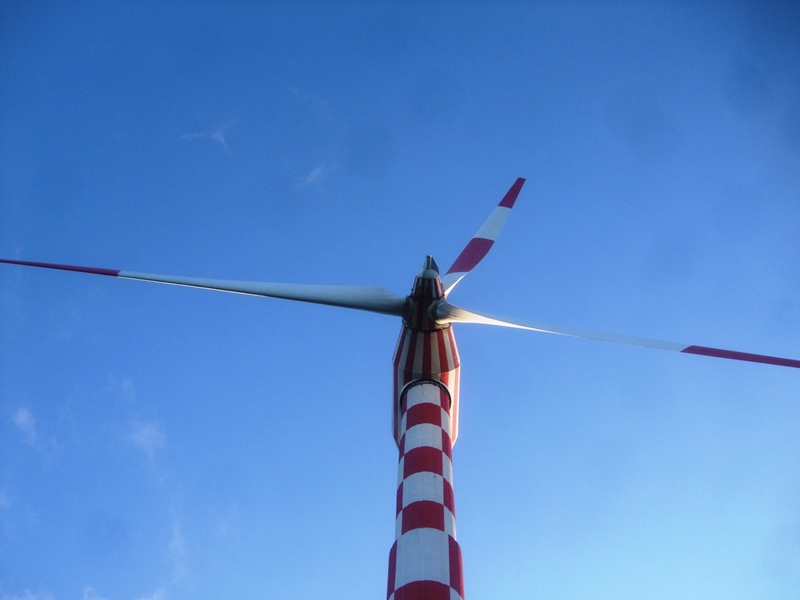 The choices were presented to us as if we had none

Leaders of industry said they could solve the problem

By mastering the power of the radioactive atom

Some folks in western Jutland got a notion in their heads

They thought there might be something they could offer up instead

And declared their will to harness the power of the wind

They said we're gonna build the biggest windmill in the world

We're gonna build the biggest windmill in the world

There were many who said their science wasn't sound

That such a mighty windmill would simply topple to the ground

Some of them were scientists, the vast majority were not

Word about the project spread far and wide

A hundred thousand visitors came to help and to advise

Until one day these windmill builders drove in with a crane

And lifted up their giant wings with a mighty chain

When Tvindkraft was completed it reached up to the sky

Its wings churned in the air at 54 meters high

The critics all fell silent, no one now was jeering

As even industry agreed this was some damn fine engineering

The wind regaled Jutland from the north Atlantic sea

As it was seamlessly converted into electricity

It was power for the people, leukemia for none

When they declared in Denmark just south of the midnight sun

They gave away the patents, they said knowledge should be free

And their plans were copied by a new-born industry

Soon Denmark would be known as the windmill-building nation

Debates were held in parliament about which way things should go

Build a nuclear reactor, the majority said no

The right decision!
The Nature of Truth – Part of the Nobel Lecture by...