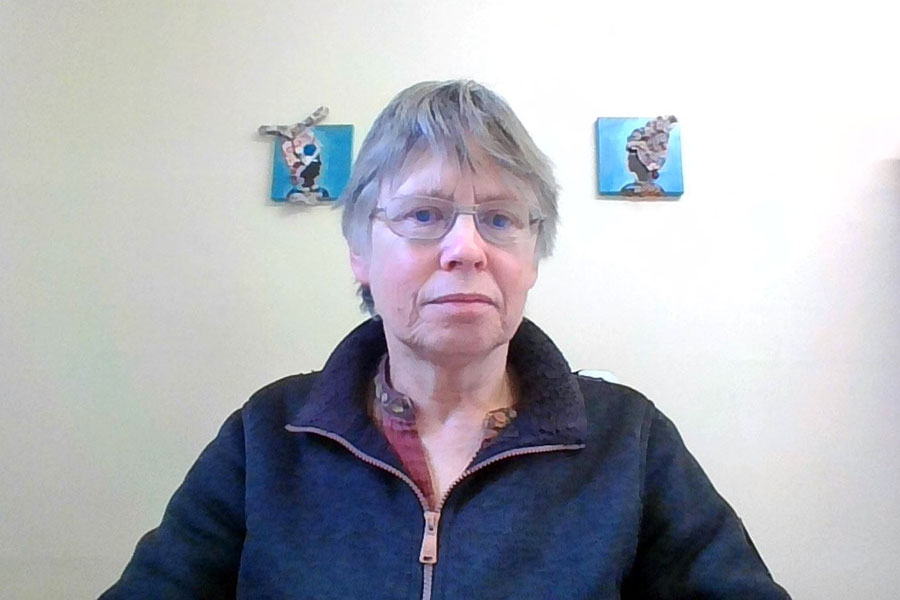 Marie Forell is promotion manager and has worked at CICD since 2001. She tells about her experiences:

“I grew up in Stockholm, Sweden. During the 70-s I was, like so many, I was searching for alternatives and a different way of life .....something interesting and adventurous and useful to do.  I heard about something called the Travelling High School where you could travel by bus to learn about the world, and I went to visit the school centre in Tvind in Denmark to see the big wind mill that was being constructed there to show that we don’t need nuclear power. I joined the West Africa team in September 1978. The experiences with the long journey by bus through so many different countries, the people we met and the conditions they were living and struggling in, turned my understanding of the world on its head. I had been far away before - for 1 year i was an exchange student in Detroit – but then I had not been confronted with much of the reality of the poor in USA.  And to start to understand the reality of how the vast majority of people in the world actually live - it changed me.

I also met many people who I really liked to be with and to work with. I joined the Teachers Group and  took part in starting Humana People to People in Sweden in the early 80-s (then it was called UFF ), and since then I have worked with different things – for many years as a teacher in some of the Tvind schools in Denmark and in a plantation in Brazil.

At CICD, I have been working mostly with information work and agitation for our Development Instructor programmes.
I see it as a privilege to be part of this movement and the fight for change and for a dignified and better life for the Poor, together under the banner of Solidary Humanism!”