Volunteering at the Peace Conference 2016 in Tvind, Denmark - by Mirella Ka.

May 14 Posted by CICD in Studies and preparations 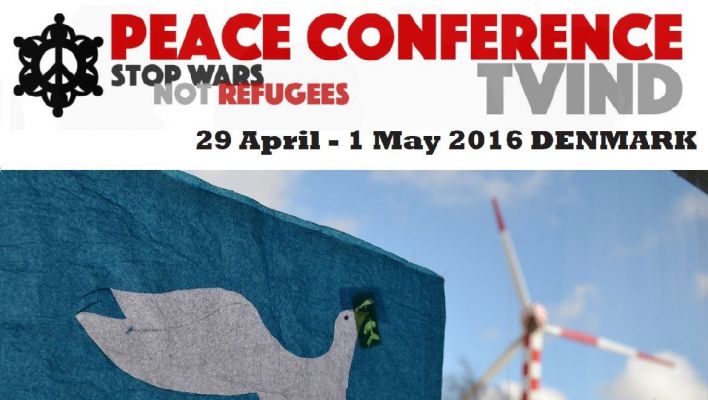 Peace Conference was a 3 day event, which took place from 29th of April till 1st of May in Tvind campus, nearby a town called Ulfborg, Denmark. Around 50 volunteers from various countries in Europe gathered to make it happen during a 3-day long Preparation Camp. Around 350 people attended the event as both participants and guests.

Tvind is a place where a windmill (Tvindkraft) was built by students and teachers between 1974 – 1978 as a sign of protest against nuclear power.

Students and volunteers from CICD had the pleasure and responsability to take part in the Preparation Camp of the Peace Conference in Tvind and in the event itself. It was a week of full-steam work and fun, long tasklist and various cultural events, plenty of workshops, inspiring speeches, art, dance & music performances and discussions about topics as global peace, military conflicts, construction of peace, human rights, etc.

The volunteers were distributed in several working groups according to their interests and skills and according to the area they could be the most helpful and useful - Kitchen Team, Accommodation Team, Media Team, Culture Team, Transport Team, Maintenance Team, Sports Hall & Outdoor Team and Decoration Team. 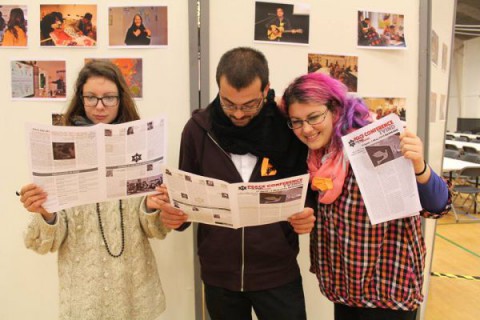 I was part from the Media Group and me and my group-mates we had the challenging task to be everywhere in the same time and to take as much as possible photos, interviews, videos and to prepare all that to be presented to the public. So we created a newspaper that is already on-line, so you are welcome to take a look:

For every Development Instructor (DI), it’s a very important part of the program to take part in the preparation of such an event, because there are many benefits out of it. Like for example you are gaining practical experience, organizational skills, team work skills and the feeling to achieve a common result just some days later with someone, who was completely unknown in the beginning, is very fulfilling. We also meet some new DI’s from the other schools who we could meet in future during the project in Africa, and meeting a known face when you are completely alone in another continent… that is something!

During the Peace Conference there was a very rich and diverse program covering big range of different aspects and point of view regarding the topic “PEACE”. We met refugees telling their stories and what is to get to Europe by boat for the sake of a new life. A lot of people also were sharing their experience in supporting and helping refugees. There were speakers who introduced the reality of living a daily life in the middle of a war, military conflict and human rights injustice, with concrete examples from Palestine, Shri Lanka, Eritrea, Western Sahara, etc. The full program of the event, you can check here: http://www.peace-justice.org/workshops/independent-volunteering

There were also big space for art, music, dance & performance as a powerful tool of expression and to broadcast a message. 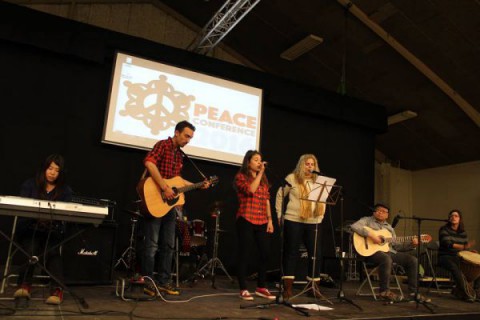 Understanding PEACE, and how to achieve it, is essential for the improvement of the whole world. That’s why a lot of discussions and speeches were dedicated on that what we can actually do in order to construct peace and educate peace, what can be done with concrete practical actions so that the crisis of global peace should be decreased. For me personally this event was very important. After being part of the Peace Conference in Tvind I can feel a big change in my mind, in my way of thinking, in my perception about all these topics that were discussed. I feel really inspired of meeting all those people. I come from a small European country, where unfortunately topics as refugees, wars, global peace, and military conflicts are very much manipulated by the government and the media. Mass people have bad opinion, they are ignorant and even unfriendly with the refugees, so I think that being part of the Peace Conference, I have the mission to open as much eyes as possible, to talk with as much friends, family and different people possible just to bring the awareness of all these very important topics.